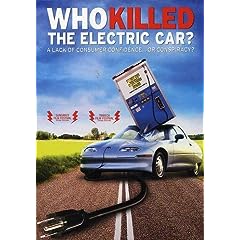 A bit further under the radar than AN INCONVENIENT TRUTH, (the stunning documentary about global warming and the fight being waged by Al Gore) is a film that is even more disturbing--WHO KILLED THE ELECTRIC CAR? Narrated by America's fantasy President (Martin Sheen, long a political activist when not Jed Bartlett on The West Wing), this is the tale of America's electric car--not a fantasy but a functioning reality that was then quashed by the forces who support the continuing dependence on oil--ie., the oil companies, the car manufacturers, and, oh yes, those Texas oilmen who run Washington. (Just yesterday, it was announced that the fuel efficiency calculations the Bush Administration has been using for calculating estimated miles per gallon are off by at least 20 years in terms of the technology and driving patterns of American citizens.) The documentary tracks from the time California Air Resources Board mandated a reduction in fuel emissions from the country's auto manufactures, leading to an active search to create newer, more fuel-efficient vehicles. (Political pressure eventually caused California to repeal their own measures.) Apparently, GM and several other companies created the EV1, an electric car that could be plugged in at home to charge and would get at least 60 miles per charge--with no emissions and at a much lower fuel cost than either gas or the hydrogen fuel cell technology being touted as this administration's favored "alternate" energy source. Since the average American driver only drives 29 miles a day, this was not a bad alternative. The EV1 owners loved them passionately, not only for their "green solution" but because they were quiet, stylish and handled beautifully. But this threatened American oil interests and so the cars had to die--literally. (The most powerful section of the film is when GM recalls all their leases for the EV1's, literally hauling them all away and crushing them rather than allowing them to exist on the road as an example of what could be.) This film, sadly, explains much about what has gone crazy in this country and the ways in which power has been grossly misused. Governments don't protect us or our future--they're here to service the business activities of those in power, the oil people. And hence you have the war in Iraq, the ravaging of nature preserves for petroleum resources, global warming and high prices at the gas pumps.

Of course, documentaries these days are no more held to journalistic ethics than is, say, the White House. Facts can be distorted, and numbers can be made to add up any way you please. (Michael Moore is an entertainer first, after all, and an effective one even as he gets us all riled up.) But so much of this story was clearly under-reported that we all missed a major event going on under our very noses--and at a time when the battle over fuel is key to all major economic discussion in this country. If this film doesn't raise your dander, nothing will. (Who Killed the Electric Car?, following a national theatrical release, is now available on cable on-demand.)
Posted by Judd Lear Silverman at 2:26 PM No comments: Links to this post 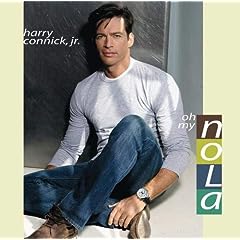 Harry Connick, Jr., has done it again. This multi-talented artist just keeps getting better with time, stretching himself with wide ranges of music and performance experience. (His turn on Broadway last season in The Pajama Game was a big hit.) But perhaps the biggest sign of his maturity as an artist is that his work no longer needs to be THAT important—that one can play and dabble in different areas and create freely, joyfully, without holding on too tightly. Some of Harry’s earlier albums were marked by earnestness, a sense that this was an amazingly gifted prodigy. (Though completely different in style, one might say the same of Josh Groban’s efforts—incredibly gifted but a bit precious at this, still the start of the game.) The last few efforts Harry has made, however, are born of confidence. No longer having anything to prove, he can just cut loose and make music. This was true of his last popular music album, the highly enjoyable Only You, and now it’s even more evident in Oh, My Nola. The art is so good that it’s artless and Harry is just plain having FUN—and so do we with this collection old time favorites re-visited, songs it would be great fun late on a Saturday night in a honky-tonk or club to revisit. “Working in a Coal Mine,” “Won’t You Come Home, Bill Bailey?” “Jambalaya (on the Bayou)” . . . the effect is infectious fun, with Harry sounding relaxed and the arrangements sounding by turns hot and playful. Looking for something fun to listen to—this is it! 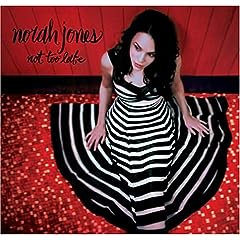 Meanwhile, Nora Jones has returned with a third album, Not Too Late, another collection of sultry and sublime numbers rendered in her inimitable style. Ravvi Shankar’s daughter (lest we forget) is a talent that is in no hurry—she’s real and she’s here and she’s not about to disappear, such that we again will follow her anywhere she chooses to explore. This may not be her greatest album—that may still be to come—but from her very first till now, she has provided musicianship, talent and taste, all with a refusal to pander and a respect for her listener. Here’s to you, Ms. Jones!

PRICE OF FAME Okay, okay a couple of months back, I mentioned that Anna Nicole Smith had had so much time in the spotlight that even Andy Warhol would cry out, “Enough! Enough!” And now, like so many before her, she’s gone—but her fame lives on and on.

The human being is gone, like her son before her, and an apparently troubled soul can finally get some rest.

But the image she so dedicatedly built and created lives on after her—and with all the legal mysteries surrounding her estate and the future of her young baby, doubtless she will be with us for many, many years to come. (Like it or not, even I am having to write about it, compelled to do so in part because the media keeps bringing the subject to my attention.)

Marilyn Monroe haunted us, not only with her image, but also with her talent and her pain. Anna (or rather her image) may haunt us with her fame and entrepreneurial nature. Not quite the same trade-off, in my humble opinion.

What is it with this country and our love affair with fame? Why do we all long to be so in the spotlight that we will suffer however many indignities to stay there? Even beauty appears not to be a natural thing anymore, but a renovation project, a makeover to be dissected and discussed at each water cooler in the country. Should we be mourning the death of substance?

When news of Anna’s sudden death hit the airwaves, people in offices around the country were shocked but not with sadness. Oh, yes, they all felt they should say it’s too bad for the human being and her young child and the string of tragedies that had taken place over only six months, played out nightly on the TV news as if it were as important as happenings in Iraq and Afghanistan. But there was an almost tangible need to suppress an involuntary giggle—as in, “Now what? You’re kidding, right? This takes the cake!” As if the overexposure had actually made us callous to any deeper feelings of sympathy.

If we cannot find more interesting things to feed our interest, we as a nation are in big trouble. Enough fake celebrities. Enough fake heroes and enough fake wars. There ARE real heroes out there. There ARE real soldiers risking their lives to support our country (even though there are politicians sending them there with their own agendas). There ARE real people who make the lives of their communities better. ABC World News Tonight does a one-minute piece each week, their “Person of the Week,” where they celebrate someone whose thoughtfulness and caring for others motivates them to do something to make life better for their friends and neighbors. One minute out of how many others of violence, pettiness, and politics?

When do we decide what REALLY matters? I'm sorry for Anna Nicole Smith, I really am. She paid a high price for something of no real value. And now, it should all ber put to rest and we should never hear about her again. But that's not likely to happen now, is it? 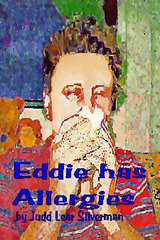 QUICK SHOTS
EDDIE IN A STORE!
For those in Brooklyn who've been asking, EDDIE HAS ALLERGIES is finally available for those who want to physically buy the book in a store. 7th Avenue Books, that charming neighborhood book store in Park Slope that specializes in high quality used books and limited editions of new work is carrying EDDIE HAS ALLERGIES (albeit not a large stock). So if you haven't mastered an online purchase yet, or if you just want to visit a good, old-fashioned bookstore NOT part of some humongous chain, check out 7th Avenue Books , 300 7th Avenue, Brooklyn (718) 840-0020.

PLAYBILL ONLINE
Nice write-up for our upcoming Animal Haven benefit, FABLES & FAIRY TALES (for children of all ages) on Playbill Online. Click on http://www.playbill.com/news/article/105250.html to see more information--but more importantly, come to the benefit on Sunday, February 11th at 3 pm. Once again, here's the scoop:

lightly rougher edged than James Blunt, more emotional (and less narrative) than John Mayer, Irishman Damien Rice has continued to grow in popularity since his internationally-successful first album, "O". (Best remembered--The Blower's Daughter, featured in the Mike Nichols movie, CLOSER. Now, in "9" he stretches our loyalties further with an album by turns even more emotional, at times scatological , and other times strictly business as usual. His voice is at times a floating, crying balladeer tenor, while at other times he is a bad-boy rocker. An adventuresome album but not a home run.

On the other hand, I am on a John Mayer binge lately, listening over and over again to ROOM FOR SQUARES, HEAVIER THINGS and the latest, CONTINUUM--all of which display not only inventive musicality but great wit, wisdom and construction. Mr. Mayer is undoubtedly in it for the long haul.
Posted by Judd Lear Silverman at 9:39 PM No comments: Links to this post