FINAL THOUGHTS ON THE ELECTION 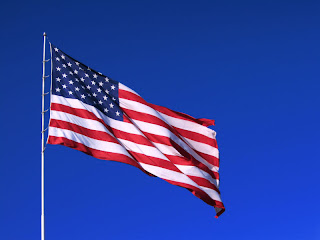 Society is a place where we come together for certain benefits of protection and development, and we fashion rules that will allow all the diverse components to function as one.  The world’s population is growing exponentially, and there are simply too many of us trying to coexist without some kind of regulation, some sort of rule of law.  In order to keep this a balanced society where all have equal chances, opportunities for health care, education, and employment must be equal for all.  Some will rise and some will not, admittedly, but if the deck is stacked by those in control as to who will thrive, then equal footing has NOT been provided, and the divide between the haves and the have-nots grows ever wider.  If this controlling group is secretive and acting without transparency, then the chances for opportunity being skewed is even greater.  On one hand, you could argue this is following natural law, “survival of the fittest.”  On the other hand, you could argue that if the social contract does not serve the masses, then what is the point of belonging, which ensures that chaos and mayhem will ensue.  Much of this controlling power is vested in economics, but quotients of respect are just as important in this equation.  The chasm between the top minority and the vast majority grows wider and wider.  This situation does not favor the survival of a society, and history has shown over and over again that failure to keep an equitable respect for all has led to that society’s disintegration.  This is not a recommendation for anarchy or revolt—but it IS an observation that the majority will tolerate the abuses of a self-serving minority for only so long.

So be aware on Tuesday, whomever you vote for, that you are looking not for just leadership, but balance—balance of power, balance of opportunities, balance of protections.  We cannot tolerate any lack of transparency at this point in our precarious history, and those who will lead us MUST have the interests of all in their minds and, yes, their hearts, otherwise we are heading off the cliff.  We deserve a safe environment, both financially and ecologically.  We deserve equal rights, regardless of race, gender or belief.  We deserve access to health care and decent education and jobs, and the system should support all who wish to work with initiative versus doling out help to only those already in “our set.”  Regulation, contrary to the opinion of those who wish to operate without it, is a necessity to provide equal opportunity for all.  Lack of it, as shown again and again, has led to disaster.  As Santayana said, "Those who cannot remember the past are condemned to repeat it."  It would be so nice to think we actually can learn, change and grow.

VOTE as if your future depended on it—because it does.
Posted by Judd Lear Silverman at 12:23 PM No comments: Links to this post