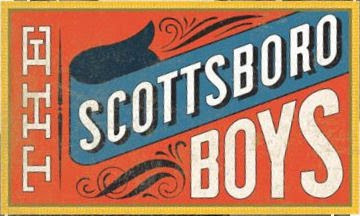 With the passing of Fred Ebb in 2004, one might have assumed that the canon of Kander and Ebb had come to its logical completion, a remarkable trove of treasures that includes such heavy-hitting masterpieces as CABARET and CHICAGO, as well as ZORBA, WOMAN OF THE YEAR, and KISS OF THE SPIDER WOMAN among many others. John Kander’s thrilling, pulse-pounding show music was always a seamless match with Ebb’s witty, acerbic, sometimes achingly beautiful lyrics. When combined with the very human and often challenging themes they chose for their musicals, the effect was usually dynamic and even dynamite, surely earning them a secure place in musical theater history. Some of us are particular champions of their scores for THE HAPPY TIME and STEEL PIER, while others no doubt promote the likes of THE RINK or THE ACT or 70, GIRLS, 70. (All fans got a little bit of satisfaction from their hit Off-Broadway sampler, AND THE WORLD GOES ROUND.) Their film, television and special events material has yielded numerous numbers to the pop culture songbook, including “My Coloring Book,” and “How Lucky Can You Get”-- while “New York, New York” seared its way into the public consciousness and became the de facto theme song for one of the world’s best loved cities in 1985. One doesn’t think of Liza Minnelli, Chita Rivera, Joel Grey, or Bob Fosse without the material of Kander and Ebb. Digging a bit deeper, the career of Barbra Streisand has significant chapters involving their creations, and even Sinatra covered their tunes. So there would certainly be no shame if 2004 marked the end of the story.

But it didn’t. In fact, their output for the balance of this decade has been rather astonishing (with most of the projects, of course, in the pipeline prior to Ebb’s death), providing more high profile projects than most writing teams create in a whole career. CURTAINS, a loving tribute to show business tales, backstage legends, and whodunits, was a moderate hit, providing a range of terrific comic specialty numbers and touching torch songs, as well as providing David Hyde Pierce a Tony-winning turn as theater-loving police detective. ALL ABOUT US, their adaptation of Thornton Wilder’s THE SKIN OF OUR TEETH, has had several regional tryouts with the hope that fine tuning will eventually lead to a fully-working production, and their musical version of Durrenmatt’s THE VISIT has seen productions in Chicago and D.C., giving Chita Rivera yet another amazing role. Ebb’s voice has continued both in the lyrics and in the conceptions of these shows. For the work that remained to be done, long-time partner Kander fleshed out the finishing touches as if he were channeling his collaborator of 40-plus years.

THE SCOTTSBORO BOYS shows that their sense of drama--the power of injustice, and how the media and the system feed on hype for their own sake--is still clearly in full force. Based on the true story of nine young black men falsely accused of raping two Alabama white women in 1931, it is a case that ultimately gave root to the American Civil Rights movement. Audaciously staged as a minstrel show, this new musical is a fascinating and absorbing evening of theater, especially in an era when we have our first black President of the United States—and certain politicians can still get away with thinly-veiled racial sneers, referring to the leader of our nation as a “loud tribesman.” As you watch the various politicians maneuver things to their own advantage—in the musical, that is—you are aware of the timeliness of the piece, and just how far we have (and haven’t) come in the intervening years. While the minstrel show is a symbol of all that was racist and patronizing, it is also a uniquely American entertainment form, and an amazing display of music, comedy and dance. Even now, while we cringe, we are still entertained in spite of ourselves, and it is in these chilling moments--when we are both discomfited and delighted--that THE SCOTTSBORO BOYS is at its best.

Susan Stroman, whose shows include THE PRODUCERS and CONTACT, has kept the proceedings brisk and clean, never overly sentimental, and her choreography capitalizes on the energy of the minstrel show format, in the process tapping the electricity of her extraordinary cast. Kander & Ebb’s score certainly ranks with their best, showing great range both in pastiche numbers and in songs that form transcendent statements of longing understood by men and women of all colors. David Thompson’s book is effective, but is also so carefully interwoven with the music that it’s hard to know where his work stops and the musical team’s work begins. The cast (most of who appeared in the Off-Broadway production at the Vineyard and in the revised working of the show at the Guthrie in Minneapolis) is uniformly strong and gifted. Joshua Henry, replacing Off-Broadway’s acclaimed Brandon Victor Dixon, makes a strong anchor for the production with his portrayal of Haywood Patterson, an initially illiterate man who spent over twenty years in jail for a crime he didn’t commit, eventually dying in prison of cancer but not before he writing his own autobiography, Scottsboro Boy. His singing and his dramatic presence are forceful without ever being forced; in Patterson, he creates a soulful being that we track throughout the evening. Most of the cast have numerous roles in the show within a show, with Christian Dante White and James T. Lane turning in particularly memorable performances as the two white women falsely accusing the young men of rape in order to protect their own reputations. But all nine of the black actors playing “the boys” are remarkable, and each has their own shining moment. The one female in the cast, Sharon Washington, provides a special sense of the outside world—and the women who wait for their young men who are never coming come. In keeping with the minstrel show tradition, there is an emcee of sorts, the Interlocutor, who directs the proceedings with the aid of his comic sidekicks, Mr. Bones and Mr. Tambo, played by the amazing Colman Domingo and Forrest McClendon respectively in breath-taking displays of bravura characterization and rapid costume changes. Asked to portray some of the most outrageous and shocking characters of the evening, neither shies away from doing what must be done, earning our admiration while simultaneously offending the hell out of us. And we are so lucky that John Cullum is still with us, the Southern Gentlemen’s Gentlemen, to play the role of the Interlocutor. One of the most dependable and stalwart Broadway actors of the past five decades, his seemingly effortless performance is pitch-perfect, a dubious moral center for both the madness of the minstrel show and the sad case of the railroaded young men. And hats off to Beowulf Boritt, Toni-Leslie James and Ken Billington for the superb selective details applied to the set, costumes and lighting respectively, always facilitating but never weighing down the show’s powerful forward surge.

I don’t expect the Tea Party will be booking theater parties for this one, and when the show eventually gets a national tour, the South may not roll out its best hospitality. This may well be one of those shows that garner awards and critical praise but that audiences avoid in favor of shows they feel will be more “entertaining” or light-hearted. Some folks prefer being amused over being slightly, if intentionally, disturbed. But for those true theatergoers who like their drama with bitters and a twist, THE SCOTTSBORO BOYS proves a most satisfying evening of theater. If this ends up being the last of the Kander and Ebb scores to reach the Great White Way—irony intended!—it truly will mark a valedictory exit.

Posted by Judd Lear Silverman at 8:55 PM No comments: Links to this post